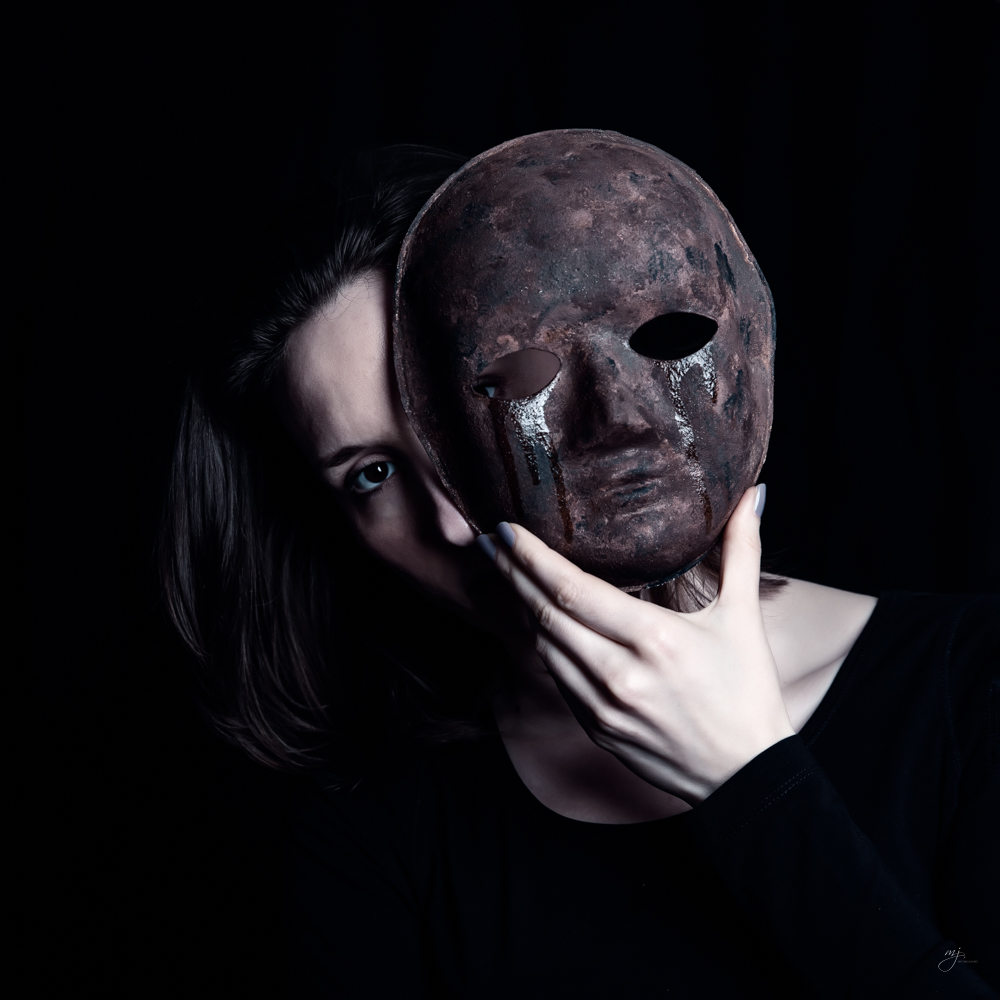 All young women are deep in their hearts waiting for the death of old women.

The old women just as they know how to hold a pan, with just enough indifference and weariness, know well what really works with men and what doesn’t; what was a folly, and what was a nice distracting hope, now sometimes even worth remembering. The old woman sees the young woman trying too hard, and laughs inside without showing she is laughing; yet the young woman feels it, and is angered. The old woman knows what the young woman asking to help in the kitchen wants: her dead in a box, her kitchen revised, full of sweet quiet shadows, different colors, surfaces, containers, chatter: even a different color of silence.

The more polite the request, the more deadly the wish. Can I help you from the young woman to the old woman in the kitchen usually sounds like a hand-slap announcement of death overdue; yet, the young woman is naïve; she is puzzled about the sharp look she receives. The old woman, unlike the young woman, sees further than the question. Young woman wants all the old women of the world dead and gone, but not in a conscious way, just sensing that someone, many someones, are in her, their way, and how supremely much simpler life would be will be with all the over-frail yet over-knowing, over-mocking over-wise cloud-treading women gone.

There will not be a great long wait.

All old women head to the temple of fading bones, where they discover that the same bones that helped them almost defy gravity, almost fly like a bird, now bring them down to where creeping uncertain things are, tortoises, aging ducks who sit apart from the rest, sit in the bracken, slow to join the others.

The very one who formed many young inside her is now, strangely, not a strong ship; her ribcage which once was so like the inner staves of a Norwegian Viking ship-those bones are now like the inner parts of a ship that has sailed too far and too hard, has been washed over too many times by the salt of the sea, has been too brined, is vulnerable.

With the breaking of a wishbone at a Thanksgiving dinner, is the same snap of destiny for the woman who is old; if her hip breaks in a fall she often so quickly and mysteriously dies, as if life (or death) says you are now broken away from the rest of the world, you are asleep on your own ice floe–what good is a woman with a broken hip? You cannot even stand, so you must go.

Even as the old woman sleeps in the hospital where she is supposed to mend, she may die; or perhaps that is only what those who love her hope, death while sleeping: to spare her looking round her and no one is there but Mr. Dark, standing just in front of her. Behind him the dim eggshell colors of the temple walls, the delicate house, temple, of fading departing bones.

There she can fulfill the wish of the young women in the kitchen, die. Die wanting to say something to someone, only one or two someones, if only she could, but her friends are the walls, and Mr. Dark who makes things blank, and does not convey last messages, ever; instead, he laughs at you, because you like all the rest of the stragglers, were not ready, and you were sputtering excuses, the stupid why and why and why, after all my sociable life, why just me and this terribly intent Mr. Dark (not Mr. Darcy)? This terribly intent Mr. Dark, wanting a new kind of marriage I’d never—imagined! Could not be prepared for!

They the old women rise in twos and threes up the stairs of the temple they will die in, where their bones will maroon them, separate them from the young they once cooked for, the men they once fell into bed with and pulled the blankets high toward their grizzly chins when it was cold, who now look out at the world like frosted walruses, their beards and eyebrows all a-spike with silver and puzzlement. Where has she gone, he thinks, who made a soup and broth for young in her very womb-cradle, spewed them out ready for life? How did her strongest of bones reduce themselves to powder and come to break?

Old faded-boned women look out the strangely smooth and flat and perfect broken-bones-house window-glass; now, terribly sadly, each she among the old women is realizing glass is made from beach, beach the place of marooned ships: and window-glass is melted sand. Each she is thinking of beautiful bone-colored things, smooth-as-polished-shell golden ivory, piano keys; the still springy firm bones of dazzling children, so perfectly their rib cages formed. Their strong arching resilient ankles, feet. The miracle of boats with their internal ribbing. The way most trees survive storms, regrow, improve around whatever breaks.The folly of houses, which look so strong on the outside but become trash in the tornado, the tsunami, the storm.

This is the flow of most of their womanly thoughts; interspersed with thoughts of old men’s eyes, how those eyes apologize, over and over, for everything time keeps robbing. So sorry, says their gaze; and their gaze says somehow it is all their own male fault, that they could not deter or change this fact, the old women most of them headed to the tower of the dying fading dissolving bones.

The only true solace old women find is in old men’s eyes, though now and then there is a glimpse in the warm pool of a young man’s eyes that he understands, that he knows though he was not there when she was–what she once was. She’s the delicate old packet of flower seeds with a gentle illustration of her finest bloom; she’s the wind; and he sees that beauty, knows how short is her last fitful dream-wisp of bloom.

He (the young man) never asks to help in the kitchen; instead, he looks at these old women with startled, adoring awe; he sometimes sees her as the dying, but sometimes as the concentration of all things good and vivid, conglomeration of every color that was ever painted, or hoped, or found. He does not see her gait as limping; he sees even the ivory tower-house overlooking everything which she rises to as a beautiful thing, not just her desolation and doom. His gaze has edit and revision, just as the old man’s does.

The old women do pause and think of how men stay, usually, so much stronger; yet they fail too, the men, but to other things; their hearts burst like fireworks. But they generally can’t bear to think of the old men being frail, or each he feeling he is losing, or soon due to end.

The old men sense that, and to the very end they are the ones who will save her; after each she is gone each he will continue to revise her, restore her, in his Spirograph head, making her the whirling but divinely still nucleus of his own closely-kept collection of important atoms.

Can I help, says the young woman, in her desperate wanting-to-be-integral way; but she is not cherishing the old woman; she knows deep down she is thinking of the ocean wave coming in, smashing all the pots out into the ocean where they will never find their way back, clearing claimed counters as if a wise inevitable tsunami has come, making the hallways quiet and full of problems only she the young woman can solve. In the cleared and simpler space.

I can’t help, but I can love you, says the young man’s gaze, as beautiful as a lake with a soft mud underlining, elemental mud that will cushion her, the old woman, accept her, take a mold of her darling form, should she fall. I am here, the young man’s gaze says, in case the old man’s gaze fades, in case he is gone before you.

And so, the old woman, so frail, so unsure in her step, is in the ecstasy of a tightrope artist; brightly sometimes heading toward the young man, whole-soul returning to the old man, her sunrise, sunset.

Beside them all, the circus audience, she the young woman looking on with horror and awe; why do these men waste any time at all with these old women, when young women are here? Does young woman imagine it, or does their gaze even change to boredom when they look at her, young and beautiful woman, her head tilted up, watching? Can I help you in the kitchen, she asks.

But the old woman’s eyes flash this is not a kitchen, this is a beautiful circular theater, a circus, all mine, which you could not understand unless you saw it from above as I, we see it, till the end, when the rope we walk on is a beautiful curled question mark, leading to the spiral jetty beside the house of the paling, delicate, dying bones. The old woman could tell her, the young woman: you, with your shallower, warlike, envying eyes—how impossibly beautiful—all this of my gathering is! If you could see!

But she does not try to tell her; knowing someone insisting something is beautiful is often not believed, because it’s insisted; and knowing it can only really fire more infernal internal envy. Envy, she knows, might have been the beginning of the weakening of her bones; the gaze of the young woman wishing she was gone boring to their very core and marrow, wishing for their fade and break, their slipping to a last bloom of pearlescence then translucence, blueness, weakness.

The stress of holding all that unbearable almost burstable envy over all those years! The old woman accepts defeat at last and falls, her very bone-bones agreeing, to be polite, that in the face of such mutiny—she cannot insist any longer she the old woman is, like Helen, the prow of forever ships. Only Helen can be that.