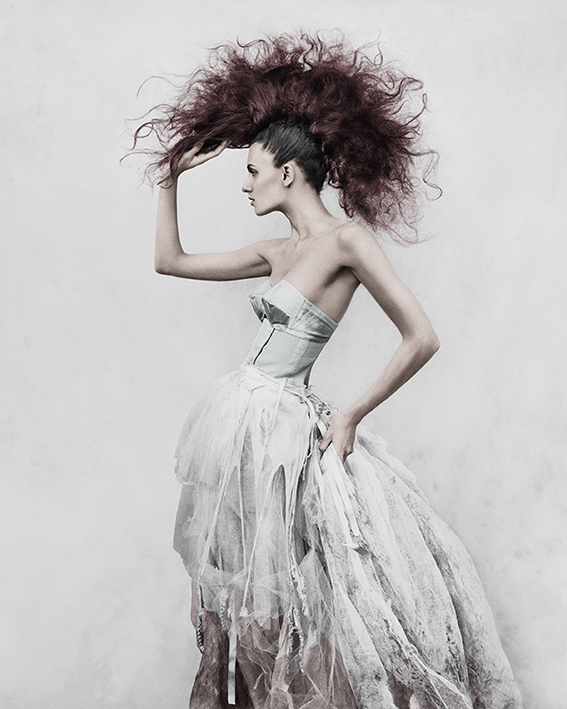 Not long ago, you were the only two women at a boxing match, sitting on the edge of a cement bench, absorbed by a crowd of hollering men. All of them jerking their sweaty fists in the air, shouts clenched into unrecognizable shapes but drenched in savage strains that made your stomach growl. You fidgeted and fidgeted like something feral, taste buds tingling, starving for a destroyer crowned.

Who would it be, stomping around the little ring all glee and swagger, teeth bared over a mostly still body? As the knockout victims sprawled on their backs—crimson pouring from their eyes and noses, still taking lazy swings at the air, as if they couldn’t help it—your insides struggled. A pang of homesick longing: to be so trampled, just once more. To concoct such a delicious flattening.

I’ll find any excuse to open your skin. I’m not even hungry, I just like the way it smells, like my childhood bedroom, like a mother’s love.

Show me your favorite teeth, the ones that pave your smile. I’ll wear them around my neck and you’ll eat only soft foods from now on.

After watching the match, you found a boxing gym, congratulated yourself on your genius. Here, you’d finally tame the roving rage, teach your limbs to chant it into something that looks exactly how it feels. Acknowledge its density, then empty it into a nine-by-nine tin, contain its movement and its shape. Purge it before it leaves you loathsome, grotesque, imploring your skin to up and crawl away. Practice, practice, practice, enough times it empties out with flavors appropriately mingled. With tasteful purpose, like a splash of lemon.

They paired you with a worthy outlet: a 150-pound punching bag, heavier than you and looming. You were thrilled, a sweating, screeching clamor, a teakettle left too long on the stove, air thick like pancake batter with something carelessly scorched.

I see your ruined face and I see nourishment, hard-earned. See myself growing fat, at last. Chewing slowly, blood dripping down my chin.

The combinations grew increasingly difficult as your first class progressed. More punches, more footwork, lengthy patterns that required stomping around the bag, ducking behind the gloves. Confounded, you whispered the order aloud as you tried to keep up, the numbered attacks little echoes ringing in your ears. Pummeling a buried shame over and over, and 150 pounds barely budged on its latch, barely even flinched.

What would be left if you could drain it this way, every last drop, leave it swinging from a sturdy steel frame? On its way out, would it lick you clean? Would you crumple, so insubstantial now?

That first class, your shins smacked against rubber so many times they became raised welts by the end of the hour, two kaleidoscopes of sunset colors by the time you got home. You stood under steam and the bruises screamed, scalded, shiny now from pooled blood stretching out skin.

You wiped down the mirror, toned down the empty grin, admired the remains of a useless clamor. Imagined your whole body stained with leftovers: shine and screams and sunsets. Thought you heard a strangled roar, from where? Must be somewhere in your gut.

I need to stop being forgiven. I cringe under the weight of the passive voice, then cower and cower behind it, so that next week, when she asks why I never say I’m sorry, a lie slinks like bile through the gaps between my bared teeth: “Because I never am.”

Jackie Connelly is a queer editor and new writer whose creative nonfiction explores how identity is shaped by queer relationships, unstable bodies and mental illness. Her essay “What Accumulates” was a finalist for the 2018 Montana Prize in Nonfiction and won 1st place in the 2018 Pinch Literary Awards for Creative Nonfiction, and her essay “20/20,” published in the spring 2018 edition of The Nashville Review, was selected as a Notable Essay in Memoir Magazine’s inaugural #MeToo Trigger Warning Nonfiction Essay Contest. Her work has also appeared or is forthcoming in Zone 3, The Atticus Review, and Entropy.