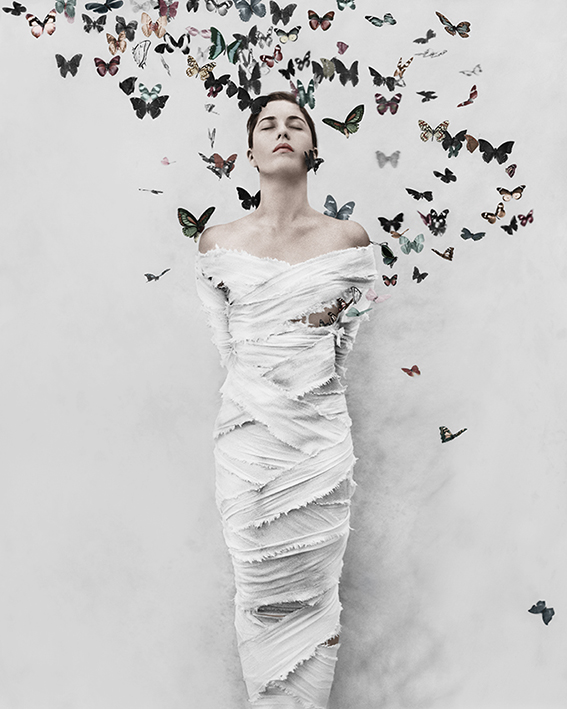 The oracle of Podunk says that we

are, all of us, ordained priests

of the next ten minutes of our lives.
From his camp, a ruin, cold
on the backwater in Bull Slough, he comes—wearing his John Deere hat—
to meet the penitent, requiring at his Friday-evening dispensation of grace,
hot pepper jelly for his butter beans, and Old No.7 for his concentration.
We were stupid from school once and had the gall to ask him why
so many river-bank wise men seem to live under flapping blue tarps
and drink like our uncles? And why, if he really could see the future,
didn’t he turn out better? His silence, a reply strict as Leviticus,
held us in its undertow until we were men with secrets of our own.

Sunday, after church, chastened by slow years, I drive down one last time
to the river with fried egg sandwiches in tin foil, a thermos of Smirnoff,

and an apology letter I spent two weeks writing. The oracle rows across,
receives my gifts and drifts back to his camp: exactly five minutes each way.
Standing in black mud on the shore, I watch him take communion,
bite into a sandwich, sip the vodka, and with my letter, light the kindling for his fire.

Because there were no fireflies in Los Angeles
we strung faerie lights through pepper trees
that summer, beside the cedar-wood bungalow
in our narrow canyon. The Rossini 78s we found
at some Saturday-morning bazaar threaded
von Stade’s Cenerentola through the drone of traffic
tangled in palms on Franklin Avenue just below.
Sheila, the neighbor, claimed the power of crystals
could save us from conspiracies, government smog,
and urban dreams with disappointing endings.
Her boyfriend, Bernard, a contract pilot for the police
promised to bless our love from the helicopter’s cockpit
during a pre-dawn flyover at four-thousand feet.
You cooked up a pan of eggplant parm for the actresses
living in the Sixth Street loft when they all agreed
both to be in my play and not take their clothes off onstage.
In the farmer’s market dumpster, I found new brushes
tied with yarn to unopened jars of shimmering gesso.
And I stretched canvas for the triptych you were painting
every night downstairs while I only pretended to sleep,
but instead lay wondering what secret name for
fate I might invoke to keep you from leaving and if
you knew stars of Andromeda are always visible
from the top of the Ferris wheel on the Santa Monica pier.

Carey Scott Wilkerson is an Assistant Professor of Creative Writing at Columbus State University. His plays and opera libretti have been performed in the United States and Europe. His poems, essays, and reviews have appeared in numerous journals.