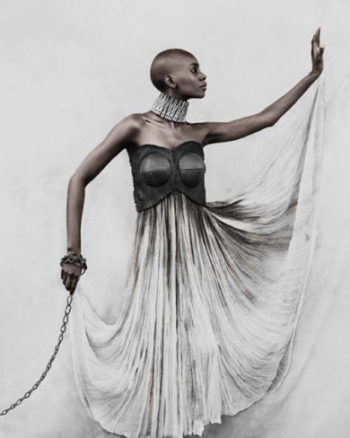 24 Men And Half A Love Poem

When the man I love asked me how I found him I didn’t tell him the truth. That when he sat there not believing his luck, I saw two-dozen men like floating planets in a black auditorium behind him. There was the man with one testicle who disappeared after proposing. The one who clogged my toilet. The one I kissed against a dumpster. The one who sold dildos on the internet. The one I cheated on with the one I kissed against a dumpster. The one who wrote me a song on the piano. And then raped me in his mother’s house, the entomologist with the stickbug legs, the three Karls, the other one who did that to me. My ballet teacher as Lysander in a production of “A Midsummer Night’s Dream.” The grandfather in his bluegray Oldsmobile, the grandfather who married a teenager at 32, the father who slept with teenagers at 42. My friend the vintner who moved to Portland. Next to the one who threw a bottle of wine out the window, along with my dress. The one from the Jersey Shore motel, off-season. The one I smoked with in a Corolla while my roommate had sex in my bed with my exboyfriend. The one who knew that if I just gave him a chance. The political prisoner. The one who’d wake up on the lawn with no shoes on. The one with gingivitis. The philosophy PhD with HPV. That I didn’t have the heart to tell the man I love that it wasn’t a miracle, that I was simply getting my reward for a life lived according to my feminine condition, the way it was promised to me by the market economy. So when he told me his biggest regret early one morning, across a table, about the night 10 years ago, when he and a woman who loved him got too drunk, and he stayed inside while she slept, so he could finish, and didn’t call it by its name, I sat there not believing my own, my own luck, my own body, and I wished in all my weakness that I had aligned my planets better, or maybe paid more dues, and that this time I’d loved with all my intelligence, and seen it coming, and to have called it by its name, and I wish I had when the man I love asked me how I found him.

Claudia Acevedo-Quinones was born and raised in Puerto Rico. She has worked as a translator, dojo receptionist, and assistant fiction editor for The Brooklyn Rail. Most recently, her work has been published in The Brooklyn Rail and TINGE. A current Ferguson Merit Fellow and MFA candidate at Stony Brook Southampton, Claudia lives and writes in Hampton Bays, NY.