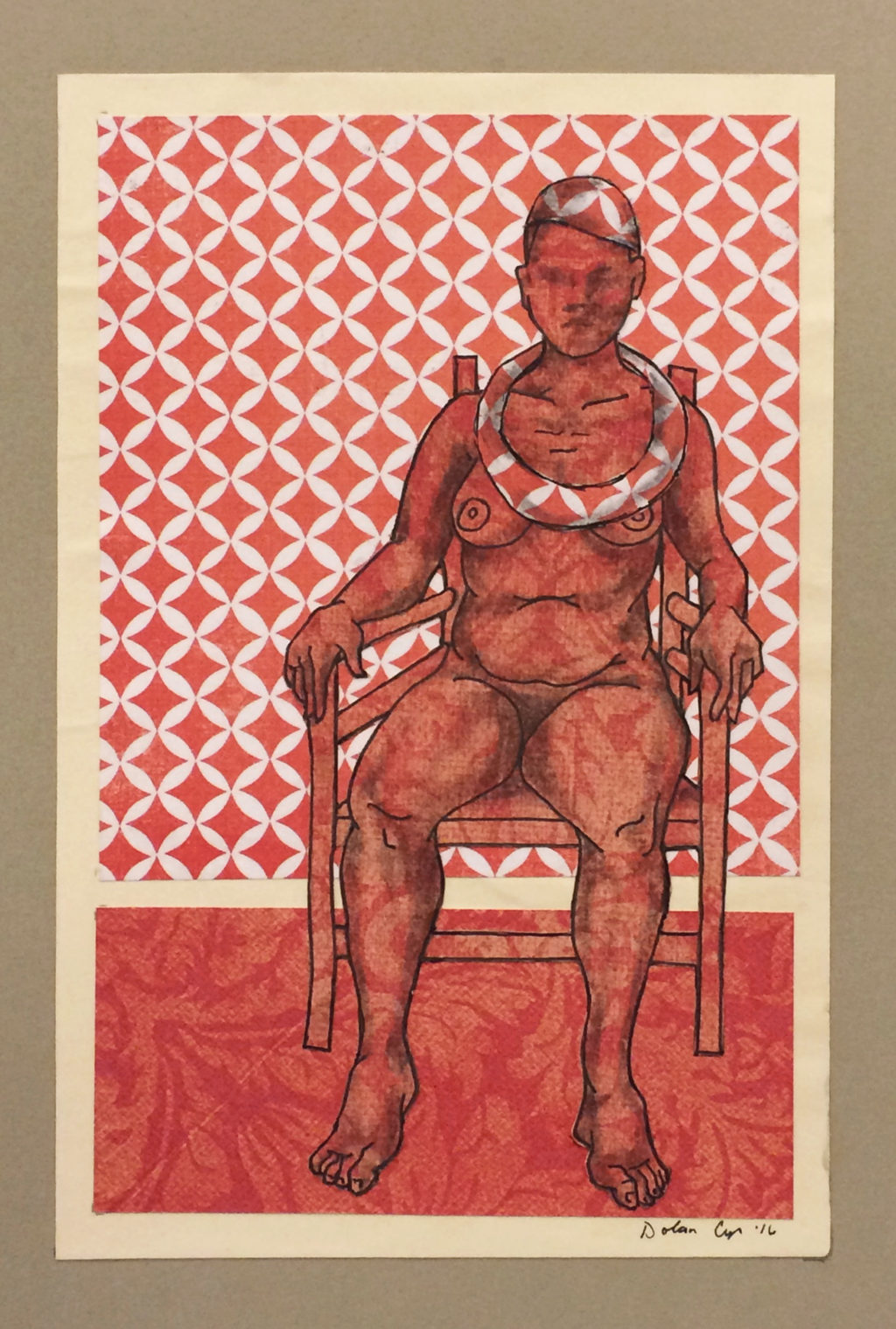 “The wolves wore woman faces. I was always afraid. My father was textile rich with many wives. My mother, the youngest of them, the only one God sent a son through. I was the prize mother’s cheek was ground on washboards for, pulped mess I bloodied my mouth on to prove she was loved.  The wives descended at night with all their teeth. I hid behind the paper screen, watched shadows beat shadow in the lamplight’s flex & release. Then the animal shit left at our door before dawn. Then the suppers laced with wisteria which we ate & heaved like dogs. I dreamt of leaving and I left. The impossible milk of morning made me run away. I kicked dust in the streets as kids cupped their hands in hunger, struggled with the weight of my tongue, dodged Japanese night patrol until I couldn’t. I was brought back cut & gaunt.  No son of mine would bring me this shame. Both the bitch & the whelp have rotted. Fallen from favor, mother held to father’s knees saying ‘we will not go, we will not go.’ For what did we know of hunger? The wolves smothered their laughs, gathered around in their gowns of dyed silk. The night sky we stood under pulsed like something hurting.”

a girl mired in a net

from the soft meat of her mouth

but that girl was me

what to do with this memory?

the lazy turns of the ceiling fan

what a good girl

he must have loved having you

If wet was I

if I drank what you offered

if I let you hook your thumb against my lip

then is memory wrong when it says I said no

my legs caught in your sheets

some nights I dream of only water

Jihyun Yun is a Korean-American poet currently residing in Busan. A Fulbright Fellow and Pushcart Prize nominee, her poetry can be found or is forthcoming in Narrative, Fugue, River Styx, and elsewhere.