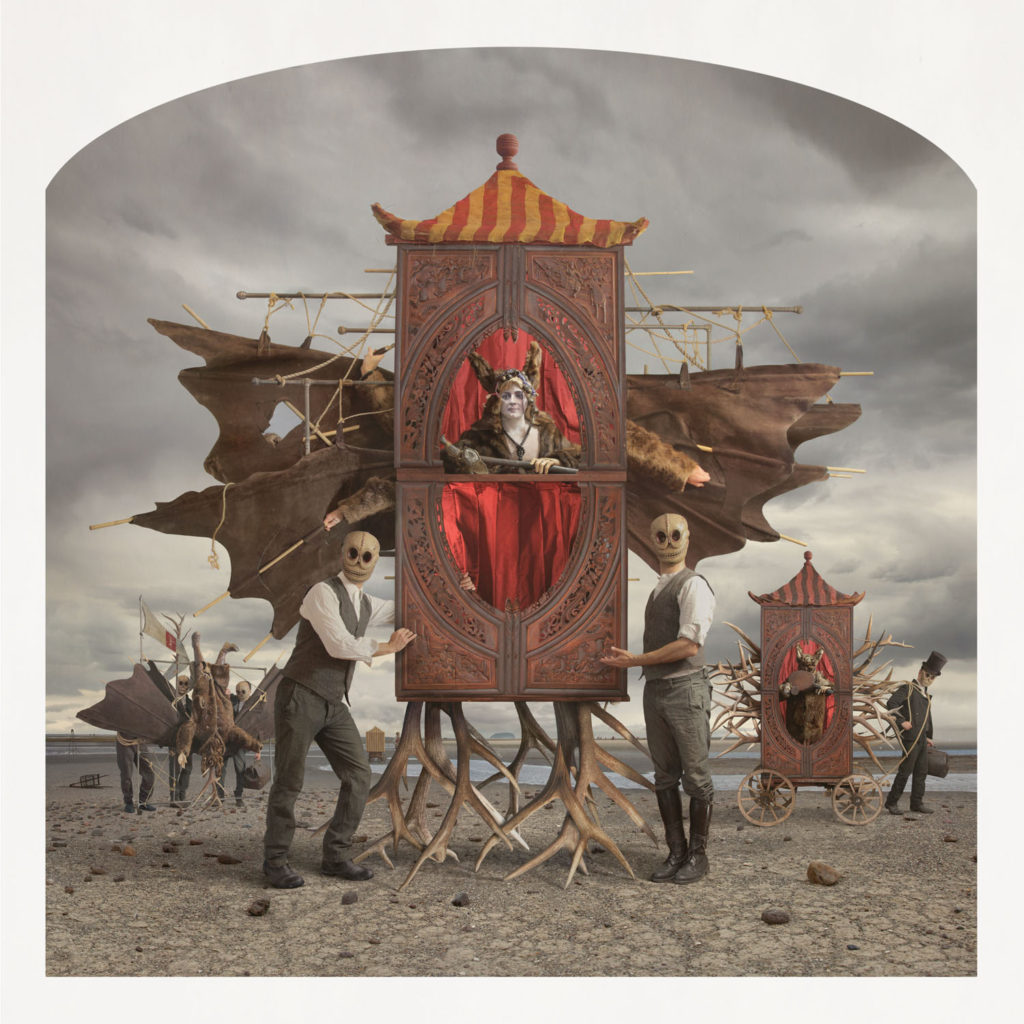 Imagine the following: you board a train to journey across an unknown continent, bound for an uncertain destination. Each day, from the window of your lonely compartment, unexpected vistas appear, each bearing little relation to the one before it: an inland sea full of small icebergs; cardboard shanties tumbling down an eroded range of hills; a boy leading a partially flayed cow through a flooded field; a ruined hermitage above the tree line. One day the train stops in a bustling city at an imperial station covered by a vast wrought iron canopy with a glazed roof. I enter your compartment and sit down across from you. Perhaps you are reticent and introspective, the kind of person who places your baggage on the seat next to you so that the newly boarded travelers will not interrupt your solitude; or perhaps you crave company, smiling at each potential traveling companion, hoping they might rescue you from the vertigo of your own thoughts — either way, it is unimportant. For whatever reason, you feel a familiarity, as though I am from a dream, and a feeling of warmth flows over you. As the train pulls away, new scenes appear beyond the window and I begin to tell you stories; some seem to relate to these vistas, while others might involve memories of myself or others, or the life I think you may have led, but again, it does not matter, my voice pleases you and you are glad to have words spoken loud, they are like the music of Scherezade. Still, there is no overarching plot line; like the landscapes beyond the widow, incidents and themes seem to repeat and evaporate, but not in a way that quite suggests a narrative. Then it occurs to you that this isn’t so much a train journey as a book with no binding, full of loose, unnumbered pages; a circular book, that by its very circularity, has no beginning and no end. As its pages slip through your hands, reordering themselves, the same fragment might recur three times before a new one appears, and you wonder if perhaps these pages, my words, the view beyond the window are no more than your own thoughts, magicked into being by the lulling motion of the train. One day we reach the outskirts of a city. Engine works, industrial buildings, and suburban houses pass by. The sky is grey and you feel a sense of déjà vu. Listening to my voice, you realize that with every story I have told, I have been saying goodbye to you, and that I love you beyond measure. By the time the train stops at an imperial station covered by a vast wrought iron dome, we are both weeping. Outside the window, men and women in hats and raincoats drift about the platform in the damp winter half-light, forming and re-forming like flocks of birds, and each of us thinks it is the other that now collects their belongings, disembarks the train, and disappears into the swirling crowd, lost forever.


A Manifesto for the Drowning World

1. March in circles about the ruined landscape.
2. Our Theatre, the Greenwood; our Actors, Ghosts!
3. Bitter greens! Do not let them ply you with sweetness. Bitter greens!
4. The Word Flood is on the horizon — build yourself an Ark of Silence!
5. As to Wisdom, beat that Old Fool with a stick!
6. Gently to the Guillotine, Gently.
7. Hold the map, it’s over the cliff we go!
8. Our Kingdom, the Fallow Field; our Manor House, the Ditch!
9. Grow antlers. Rut. Hear the Huntsman’s horn. Run!
10. Drag your skiff up the stony hillside.
11. One season: Winter!
12. Sheep! Elect the Butcher!
13. The Taxidermist, our Haberdasher!
14. Spread poison upon the Thought Gardens.
15. The Trumpet to the Arse, the Mouth to the Chamberpot.
16. Our Salon, the Shed; Our Glitteratus, the Goose!
17. Weeds, the Emperor’s New Clothes!
18. From atop a ladder, only lies tumble down.
19. The Blind Penguin’s Demand: Fish for all time!
20. The Hangman’s Gambit: Too much Rope is never a problem.
21. Upon the Midden, a performance staged for Non-one!
22. Ransack the Outhouse!
23. The Ass’ Bray – a Hero’s call to Arms!
24. Beyond the Abandoned Houses, the Undiscovered Country.
25. Two left hands, lads! Always two left hands!
26. Remember, Good reasons are never good enough.
27. Ballet Slippers, our Combat Boots!
28. Soar like an Emu!
29. Don the Codpiece of the Horned Dunce.
30. Serve salad to the Greenman, tears to the Poet.
31. Entertain the Wings of the Butterfly, but not his Tongue!
32. Repeat the Truth until it becomes a Fiction.
33. Fall asleep to the Lullabies of Ghosts!
34. Never look down!
35. Be present at the death of a Centaur.
36. March away to the War being waged within your own Head!
37. Reveal the Face that lives behind the Face.
38. Resettle the Sunken Islands.
39. From the Reeks, hearken to the Salesman’s crow: “The Deluge is coming!”

Richard Selesnick and Nicholas Kahn have been collaborating as Kahn/Selesnick since 1988 on a series of complex narrative photo-novellas and sculptural installations. The artists have participated in over 100 solo and group exhibitions worldwide and have work in over 20 collections including the Brooklyn Museum of Art, the Philadelphia Museum of Art, the Houston Museum of Fine Arts, the Los Angeles County Museum of Art, and the Smithsonian Institution. Portfolios of their work have appeared in fine art and photography magazines worldwide. They have lectured extensively at many institutions including Brown University, the Fogg Museum at Harvard University, the Hammer Museum in Los Angeles, Princeton University, and San Francisco Art Institute.

They are currently recreating the famous Truppe Fledermaus’s Memory Theatre of 1932 with its full compliment of Batfolk, Greenmen, Rope-Slingers, and Death-Dancers in all their Carnivalesque glory.

The images features in Muse /A are a part of 100 Views of the Drowning World, an upcoming book by Kahn & Selesnick. Against a backdrop of ecological decline, this memoir/travelogue follows Dr. Falke (the narrator), Count Orlofsky, and Madame Lulu, three members of an itinerant theatrical troupe known as the Truppe Fledermaus, as they stage absurdist performances in various locations including Europe, England, America, and Japan. In these performances, often staged in nature with no audience, the Truppe are as apt to commemorate the passing of an unusual cloud as they are to be found documenting their own attempts to flee the rising waters of a warming planet, or using black humor to comment upon the extinction of bats or other animals.

The book, whose format is modeled on Ukiyo-e series such as Hiroshige’s One Hundred Views of Edo, contains photographs of the Truppe, their travels, and their performances with corresponding text narrating the images. It is the author’s preference to have the pages of the book be shufflable so that readers can explore the images and story in any order they prefer. As the incidents related in the book are frequently based on the artist’s personal experiences and travels, the reader is led to speculate about the somewhat arbitrary manner in which we build narratives out of our own experiences.